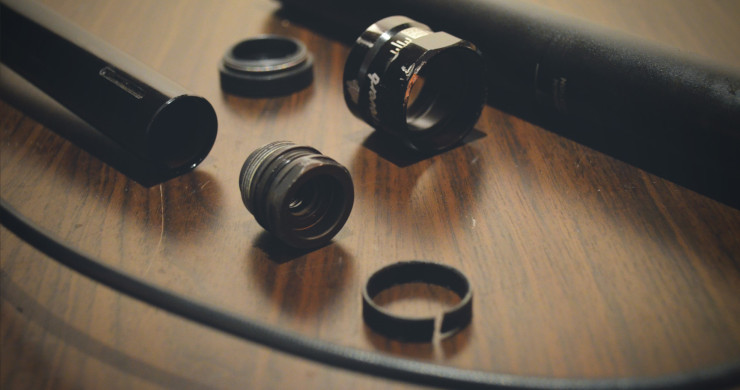 I don’t care to post about things that people have seen before. I also don’t care to discuss something that’s already well understood. It’s been a few years now and I’ve seen the reliability issues regarding the Rockshox Reverb be misunderstood more times by more people than any other product so that’s why I’m going to talk about it.

There are several key quirks about the Rockshox Reverb that need to be addressed. Unfortunately using the readily available service kit doesn’t do much to solve the issues surrounding it. It should be said that this is a really cool design if you look at it objectively and the nagging issues it has are relatively easy to solve. So let’s clear things up.

First things first. The inside of the seat post has 3 keyways in it. These are there so that 3 brass dowels can glide inside them, arresting rotation of the stanchion of the post. This causes a problem with the bushing that glides along that keyed surface. The bushings that the Reverb uses are similar to bushings used in most forks. It’s a PTFE (teflon) layer on an aluminum ring. This type of bushing really shouldn’t be used on a keyed surface because it causes the PTFE layer to raise up off the aluminum right at the 3 points where the keyways are. The inevitable conclusion is that the entire PTFE layer comes off the aluminum ring it was attached to. In a really ugly way I might add. Next thing you know you have metal sliding on metal. 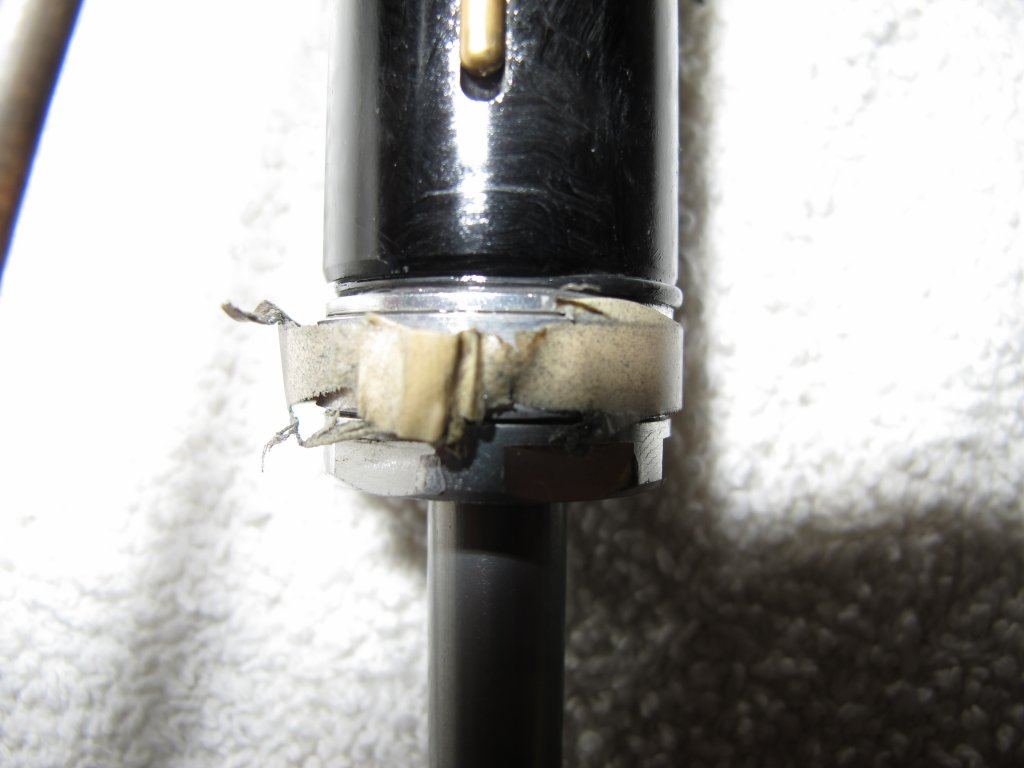 So what’s the solution to this common Reverb problem? You need to install a new bushing in place of the original one. The main criteria for this bushing is that it needs to be made from one solid material all the way through. None of this layer on top of a substrate crap. Not for this application anyway. Here’s a bushing I made from a polymer that I sourced locally. Its the black ring that you can see above the hose. 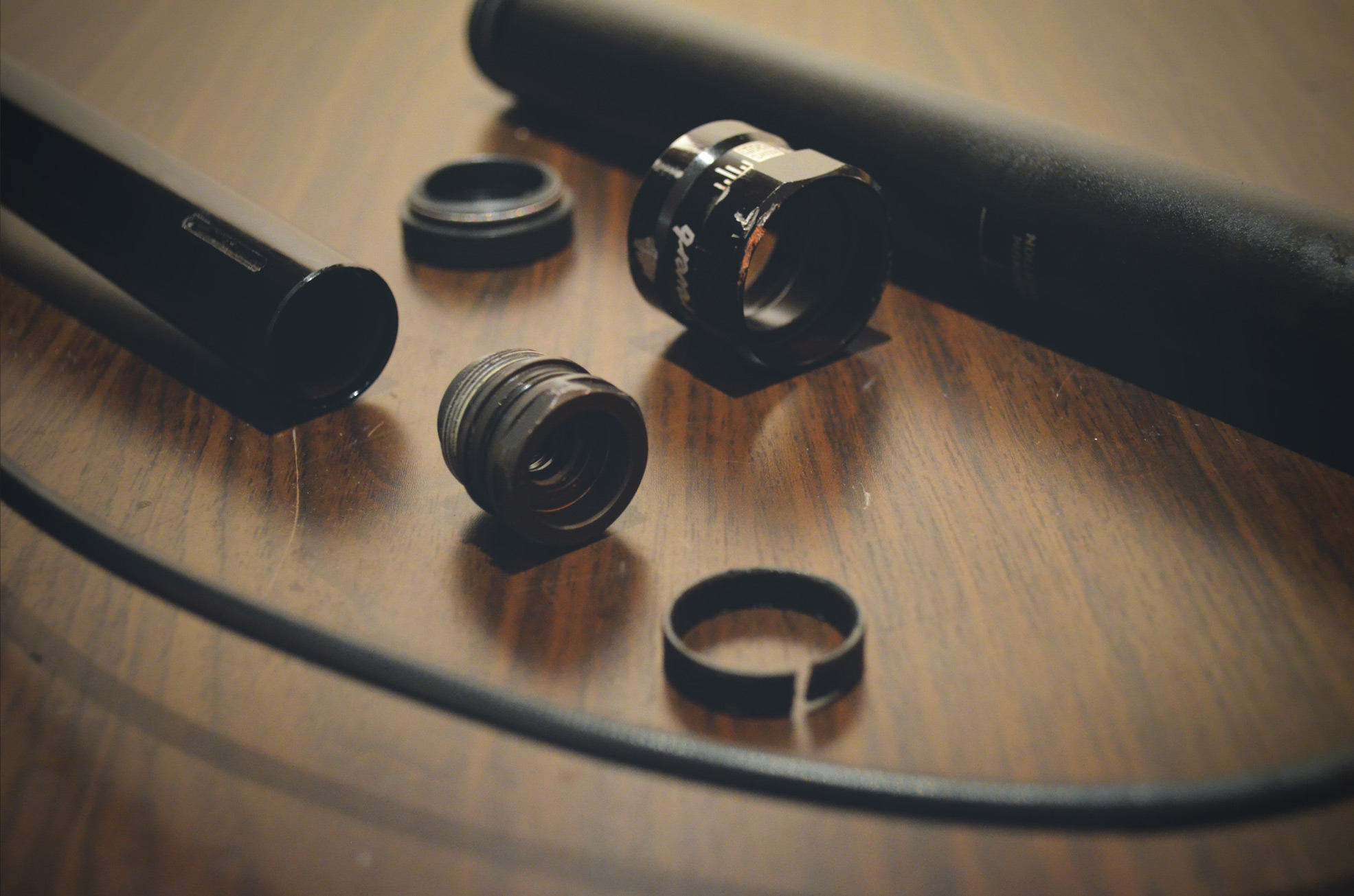 In that particular seatpost, I also replaced the bushing inside large external sealhead with one I made from the same polymer. Let’s move right onto the next problem we need to solve. There are two thread locations that come loose quite often. Rockshox already did a reasonable job of solving this by applying thread locker to those threads on seatposts that were put on the market more recently. But if you own a Reverb post that’s a bit older, it may not have loctite applied to those threads. I’ll now point out to you which threads come loose with blue arrows.

Speaking of threads loosening. That brings me to my next point. Did you notice in the first picture how part of the o-ring was sticking out of the sealhead that contained the ripped up bushing? That can easily happen as you’re tightening down the sealhead. It’ll feel reasonably tight but instead, all you’re doing is tightening the sealhead down onto the o-ring. This won’t stay tight even with loctite. Why does this happen? It happens because tightening the sealhead down takes up some volume inside the post and causes a small amount of oil pressure. That little bit of oil pressure makes the o-ring bulge out as you’re tightening it. You would think that the IFP (internal floating piston) would move down to allow for that extra volume but it often doesn’t, particularly on the Reverb Stealth. So what to do? It helps to remove the valve core at the top of the post to allow for the IFP to move more freely so you can screw the sealhead down.

Ok so now we’re getting to the problem of all problems. This is the one that everyone with a Reverb Stealth has dealt with. That mushy play that develops over time. Often not very much time.

So how come you get mush so quickly on the Reverb Stealths?

All Reverb posts are rebound adjustable right? Right. They do that by having a small bypass valve open in the centre of the piston. Every time you push that button on the handlebar, it opens that bypass (poppet) valve. In order to make this post rebound adjustable, there are several tiny bypass holes on that bypass rod. Pushing on the button on the handlebar raises the bypass rod up above the piston, exposing the holes thus allowing oil to flow into the upper (right) holes and out the lower (left) holes, thus bypassing the piston and allowing the post to drop.

The rebound adjustability is done by varying the amount that the bypass valve opens. In order to slow the post down, the amount that the bypass rod raises has to be so minimal that the bypass holes are barely exposed. This creates damping in the rebound direction but since there’s no check valve, it creates the same amount of damping in the compression direction as well. This effect is similar to what happened with primitive rear shock dampers without a check valve on the piston bolt. Since there’s going to be equal damping on compression and rebound, it means that when you compress the post, there’s going to be positive pressure in front of the piston and negative pressure behind the piston. On any damper design where there’s a possibility for negative pressure behind the piston (think aggressively damped cross country shocks like Fox Floats), it means that you sure as hell better have a good seal on the sealhead. I’m talking about one that can deal with both positive as well as negative pressure behind the piston. Fox achieves this by having a harder compound o-ring in their sealhead that can seal higher pressures, both positive and negative. Rockshox really screwed up by not having this. Instead, they use something called a pressure seal (or a u-cup seal). This can only seal positive pressure but not negative. So when you sit your ass down on your heavily damped Reverb, the negative pressure behind the piston just sucks air right past the u-cup seal and into the damper. Let’s have a look at that u-cup seal profile. 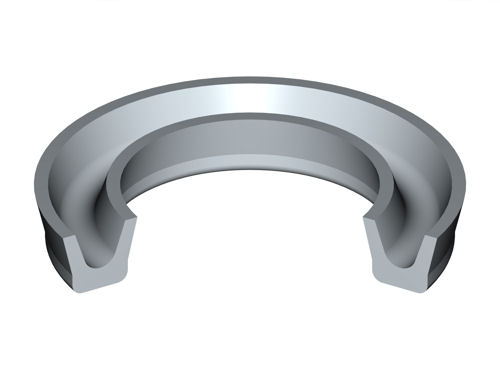 And here’s how it’s intended to work:

Since the Reverb’s IFP is charged to 250 psi, it would seem that that’s enough pressure for the u-cup to stay inflated and well sealed against the shaft. This is true when the post is static (not moving). It may even be true in most instances where its moving. However in practice, there are a few moments where the pressure behind the piston drops enough to where the u-cup isn’t sufficiently inflated. If for even one instant, you sitting your ass down on the seat drops the pressure behind the piston to below atmospheric, air will get sucked straight in through the u-cup seal and that’s exactly what happens. It may only be one slurp of air every ride, but add a few rides together and you’ll have air mixed in the oil of the damper thanks to that u-cup seal not being able to seal any negative pressure. This isn’t the first time Rockshox has done this. The Charger damper that you’ll find in Rockshox Pikes and Boxxers has the same issue repeated again in it’s main seal. Valiant effort using a u-cup seal to decrease friction on the shaft but unfortunately it does allow air to get past it..

So what’s the solution? Replace that u-cup seal with one of these: 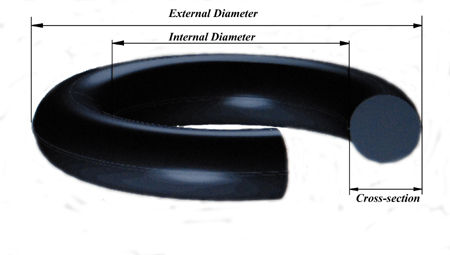 That’s right, its just a regular o-ring. It’ll seal both positive and negative pressure. I’d recommend going with a 90 durometer o-ring because it seals higher pressures, which is useful in this application.

There’s a lot of talk about proper maintenance and making sure you get a teardown and an oil change on your Reverb Stealth every 6 months. I’m saying that’s BS because this isn’t a high performance damper. It just goes up and down. With a few small changes, you should be able to have a Reverb Stealth that stays consistent season after season.

I’d like to say a few things about the new Reverb design that Rockshox released in 2016. You’ve gotten reports about how old Reverbs had air getting past their IFP’s and that SKF has come up with a solution in the form of an improved IFP. That sounds nice but if nobody changed the u-cup seal at the sealhead then my bet is that we’re going to eventually see the same issues. Why do I say that? Because I’ve replaced only the main seal and I have customers still going mush free after years and years. They’ll wear their shafts out before their post gets mushy. The stock IFP’s are pretty good. Their seals fit reasonably tightly on all surfaces (even after a good amount of use) and therefore make for a good seal. There’s backup rings on both the inside and outside of the stock IFP. This means that the o-rings don’t have much room to deform under pressure and can keep their round shape. Here’s a good picture of an o-ring with some back up rings, which the stock IFP does have.

Notice that the first one has enough room to the right of the o-ring for the o-ring to compress into an oval turned on its side. Left that way for an extended period, that sideways oval profile can become permanent. That means that the height of the o-ring will decrease, which means it won’t seal as tightly on the surfaces above and below it. Like I said, this isn’t the problem at all with the stock IFP because it has backup rings designed into it and they actually work. Another option of course is to have an o-ring groove that’s just precisely wide enough for the o-ring itself and nothing more. There is a version of a Reverb IFP out there with this design feature and it works fine as well.

The other change to the new Reverb is the sped up rebound. The way I see it, this change has a chance at slowing the progression of the mushy play that all Reverb Stealths get. I mentioned earlier in the article that having a well constricted poppet valve (slower rebound) can cause negative pressure behind the piston, which sucks air past the u-cup seal. By that same logic, opening up the flow at the poppet valve (faster rebound) could help to avoid getting negative pressure behind the piston and therefore limit the sucking of air past the u-cup seal. Of course if it wasn’t a u-cup seal in there in the first place, we wouldn’t be sucking air regardless of rebound speed. Another provision that could be added to the Reverb is a check valve. This would mean that the rebound damping constriction would have no effect on compression constriction, which would mean no low pressure zone behind the piston. That would eliminate the tendency to suck air into the damping fluid. I’ll be investigating the possibility of adding this nifty feature to Reverbs in the future.