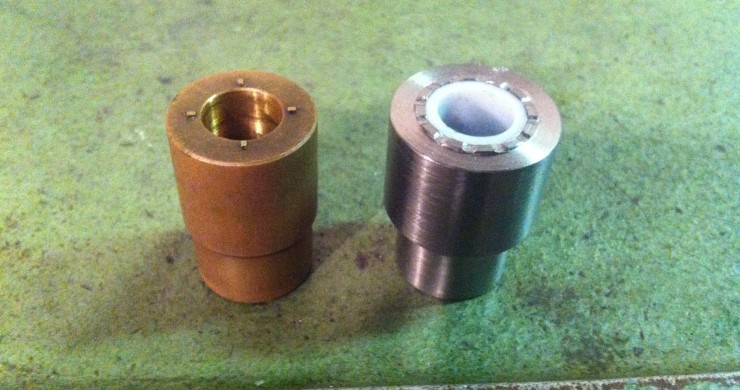 A customer came to me with an interesting project. He wanted an older Fox Terralogic Damper inside a modern day 27.5 wheeled Fox fork.

In order to transplant the Fox Terralogic damper into the new Fox 27.5 chassis, it required a change in the top cap threads. Have a look at the completed top cap and shaft assembly. 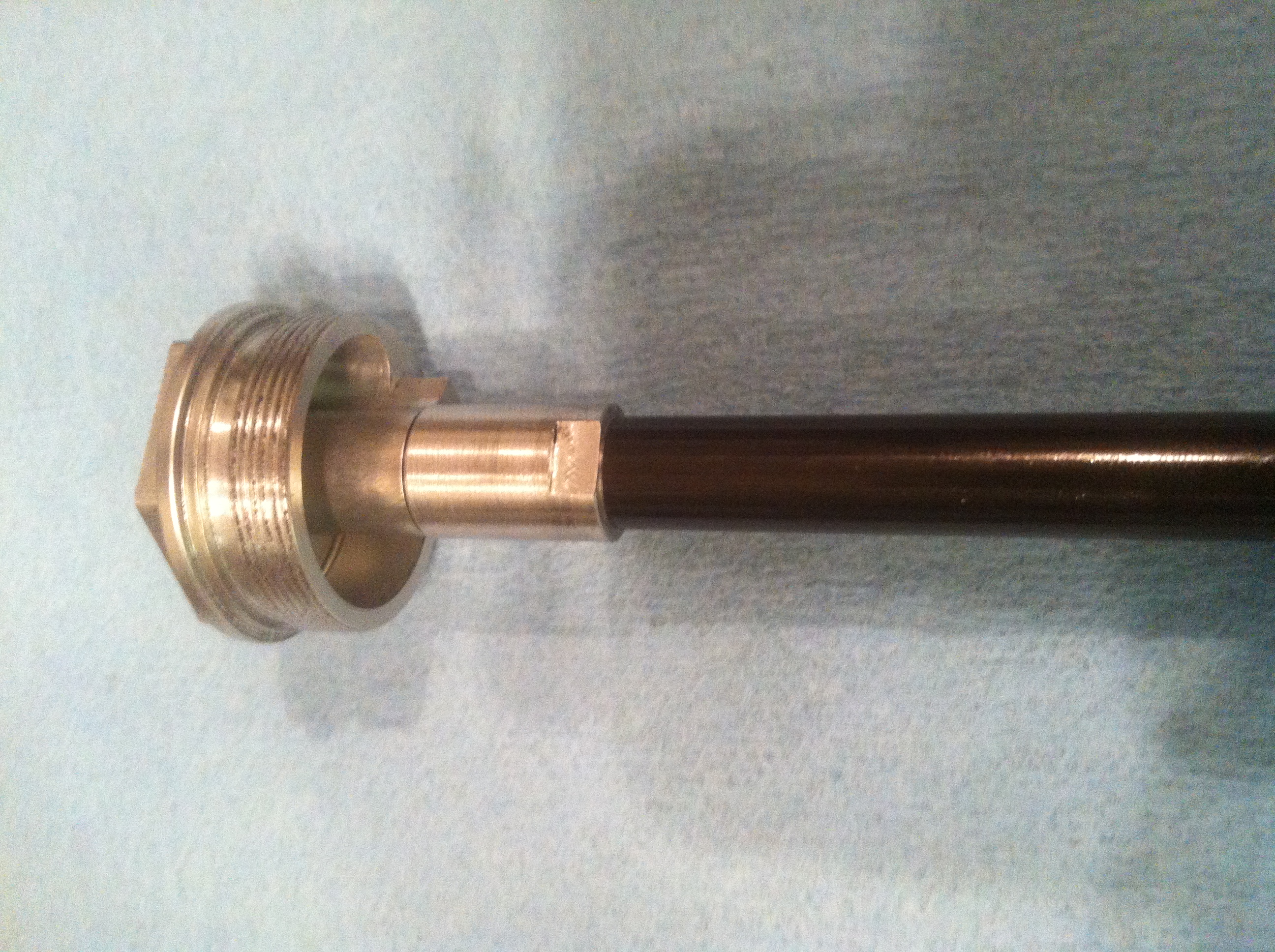 Upon installing the damper in the fork and filling it with oil, I could feel that I had a big problem. The brass inertia valve inside the fork wasn’t working. 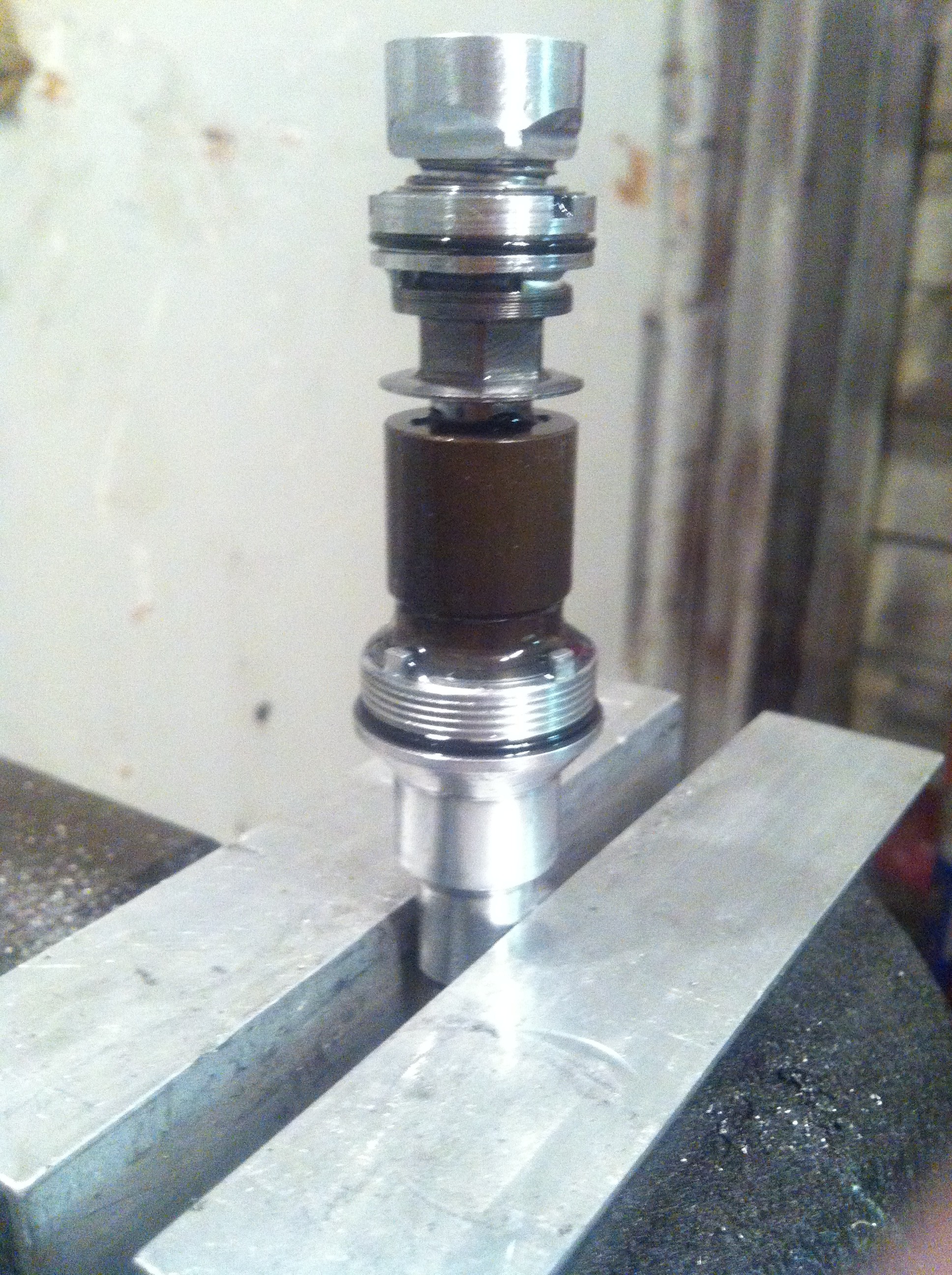 There is a spring just below the inertia valve and you could also argue that it was too weak to break through the surface friction between the brass valve and the shaft. That’s why it couldn’t go all the way up and cover the holes in the shaft.

This type of system relies on four things working in unison. First there needs to be very low sliding friction in the shaft that the inertia valve slides on. Once you have a very low friction fit, the inertia valve needs to float on the weakest possible spring that will support the valve and keep it up against the stainless topout plate. It helps if the inertia valve itself is made from a heavy material (the heavier the material the more inertia the valve will have). It also needs to have the perfect sized slider bushing so that the valve can cover the 4 holes in the shaft without allowing for any leaks. With these 4 elements in place, you can have a fork that will remain completely locked out over smooth terrain but the second you encounter even a small bump, the heavy inertia valve will keep it’s inertia and move straight while the shaft will pop up together with the lowers of your fork during the bump event, exposing the 4 holes, thus allowing oil to flow through the compression circuit. The heavier the inertia valve and the lower the friction between the valve and the shaft, the more sensitive the fork will be to opening over small bumps. I wanted this fork to feel magical on the trail so I set out to make a heavier inertia valve with even lower friction. The ideal material for the valve would be a tungsten alloy. 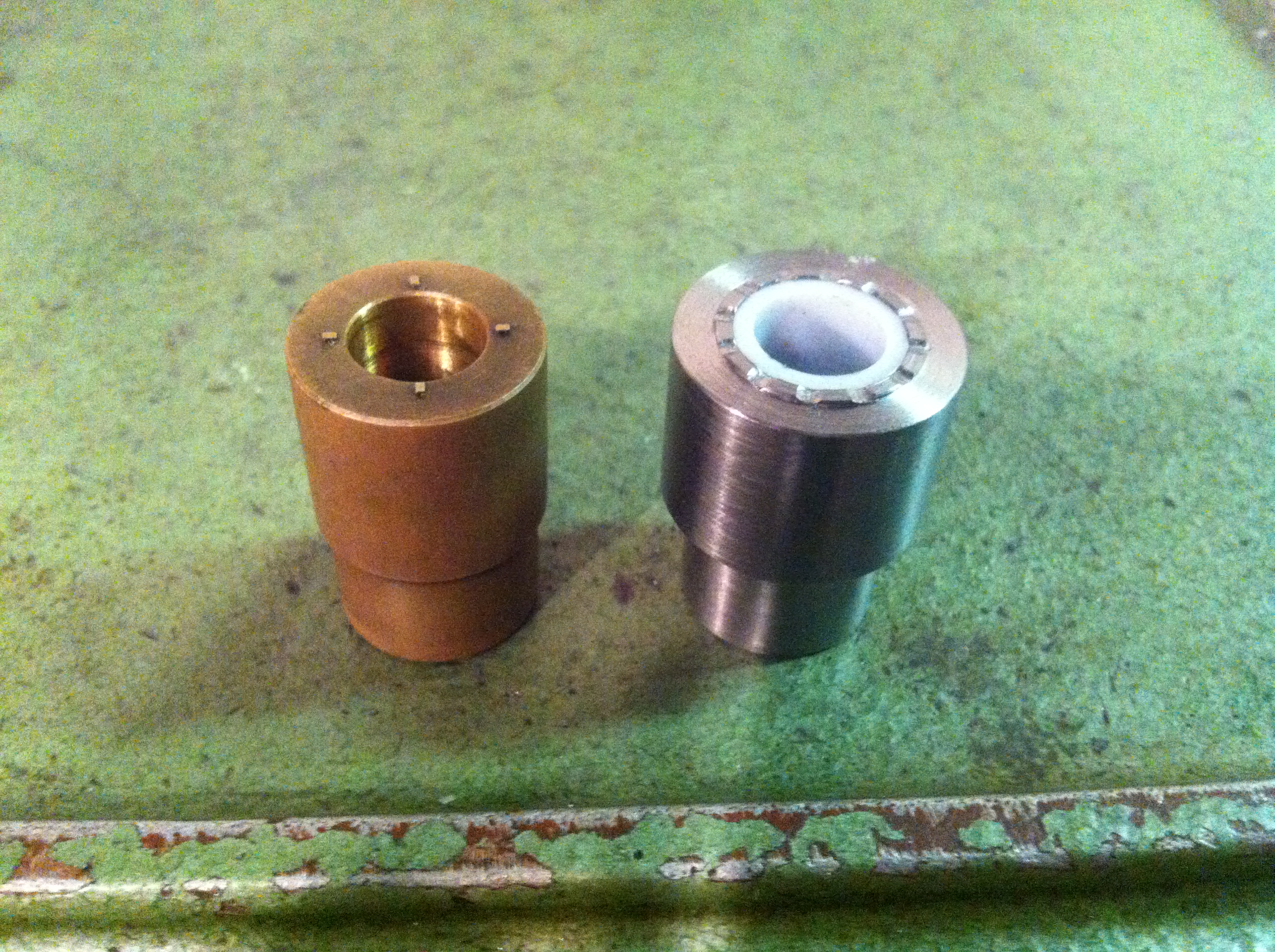 Even though the valve is very small, tungsten has over twice the mass of brass. Of course tungsten cannot slide on its own against a stainless steel shaft so a teflon bushing had to be made and pressed into the valve. Sizing the bushing perfectly required a special mandrel to be made. The valve with bushing needed to be pushed onto the mandrel with a twisting motion. This was done over and over while testing the fit of the valve over the shaft. I kept at it until it was perfect. The result was a valve with a good amount of weight and extremely low friction between the bushing and the shaft. The final step was to make a perfectly rated spring for the new heavier valve to float on. 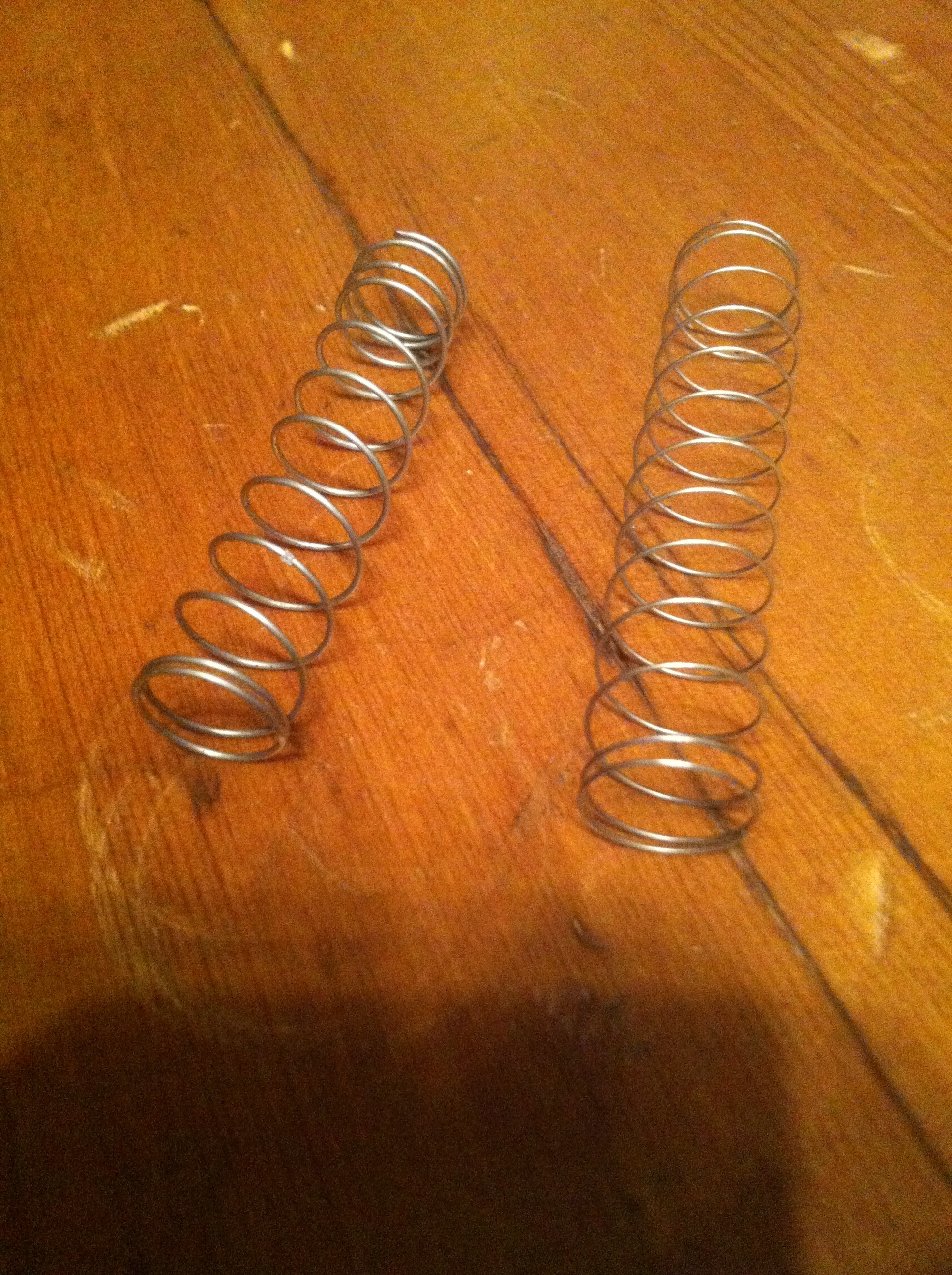 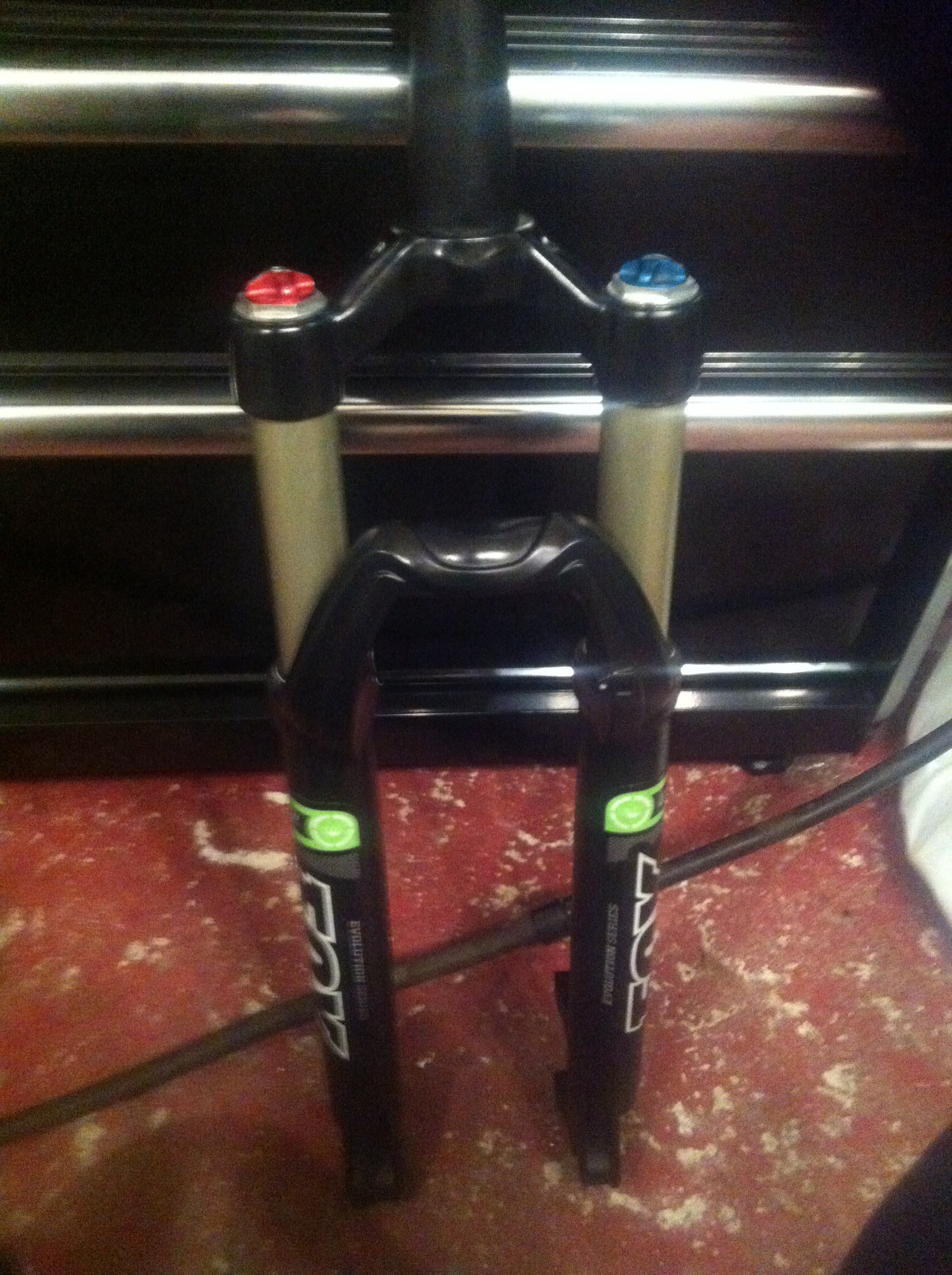 The end result was a pretty crazy feeling cross country fork. It was quite rigid on flat ground (as all the old Terralogics were) and it immediately absorbed even the smallest bumps with a level of sensitivity that I haven’t felt before from an inertia valve.